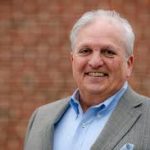 Life is full of uncertainties. As a high school senior, I constantly question what my future holds. What college will I attend? What job will I have in twenty years? Where will I live in thirty years? My interview with Rick Lowe, one of the Democratic Party’s candidates for the Court of Common Pleas, gave me confidence that it is okay if I do not know the answer to these questions just yet. Lowe’s simple philosophy is “do well at what you like doing and work hard at it.” Lowe has followed his own advice as a student, a lawyer, and, now, as a judicial candidate in the 2019 election.

Although he did have a love for arguing from an early age, Lowe did not focus on becoming a lawyer in his youth.  As a student at Penn Charter, an independent school in the Greater Philadelphia Area, he fell in love with writing and studying history. By challenging himself to become the best he could be in those disciplines, he earned admission to Yale University, where his study of history piqued his interest in politics and law. Thus, he chose to attend the NYU School of Law.

A commitment to helping others is reflected in Lowe’s 36 years of legal experience. While a law student, Lowe volunteered with the ACLU, working in the area of due process rights. Shortly after becoming a lawyer, Lowe joined the Philadelphia Volunteers for the Indigent (VIP), a group providing pro bono legal services to low-income clients. In 2013, Lowe began volunteering as a teacher at Graterford Prison. He has used his love of history and the law to create prison courses on the U.S. Constitution. This experience working with inmates on their understanding of U.S. law has given Lowe a perspective that not many judges can say they have.

In our conversation, Lowe told me that he is running for a seat on the Court of Common Pleas because that post will allow him to “use my legal skills and help people.” He went on to explain the judge’s important role in setting the tone in the courtroom and how his work as an attorney and as the mayor of Swarthmore prepared him for that role.  Lowe was the first Democrat elected as mayor in Swarthmore. If he and his three running mates are successful in this election, they will be the first Democrats elected to the Delaware County Court of Common Pleas since the Civil War.

My interview with Rick Lowe not only convinced me to focus on the journey, not the destination, it also persuaded me that Lowe’s own journey will bring a unique perspective to his work on the Court of Common Pleas.