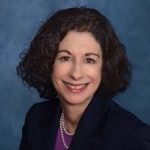 My conversation with Stephanie Klein this past August showed me what is at the heart of her work as a judge. It is people. “The folks in front of us are just not cogs in the machinery of justice, they are real people,” Klein told me.  And that statement fully encapsulates Klein’s campaign. She is eager to hear people’s stories, wanting to make decisions that will take into consideration their lives and the lives of the people around them. Klein is a judge who is considerate and compassionate, a judge who sees beyond the case she is handed.

Klein not only explained to me the broad span of the Court’s duties, she also explained the importance of the judge in each case. Klein believes that there should be fair and compassionate judges, judges that understand the gravity of the cases on the lives of people. She told me that a judge should feel “intensely the importance of coming up with the right and fair decision and also making sure that the process is fair and that people felt the process was fair.”

Klein’s experience speaks for her qualifications. She clerked for the Honorable Edward S. Lawhorne, on the Court of Common Pleas, and regards him as an inspiring influence in her career.  Klein was the first woman and the first Democrat elected as a Magisterial District Judge in Media, a position she held for eighteen years. Additionally, she co-founded the Women in the Law Committee and earned the 2018 Bar President’s Award for her work on that committee. Klein has been at the forefront of recruiting pro bono lawyers to represent impoverished defendants in various kinds of cases and hopes to continue these efforts on the bench, once again demonstrating her commitment to a fair process for all people.

When I asked Klein the reason she decided to run, Klein explained that this year, with four seats open on the bench, there is a real opportunity to bring different voices into the courtroom and judges’ chambers and to change the conversation about justice, incarceration, and treatment. Klein wants to be a part of that conservation and enact real change with her fellow judges. As a trained mediator and arbitrator, she believes in the power of mediation in solving disputes.  For that reason, Klein would like to add the Restorative Justice approach to the tools used by Delco’s Court of Common Pleas.  Using that approach, a victim and the defendant sit with a trained mediator and share their perspectives in order to gain an understanding of one another and the situation that has brought them into the court system.  According to Klein, this process is effective at getting to get to the heart of the problem.  Even if the case results in a jail sentence, explained Klein, the Restorative Justice method has been shown to reduce recidivism rates.

Klein believes strongly that “our diversity is our strength” and has seen the truth of that played out in her campaigns for Magisterial District Judge, her service on that bench, and her leadership of the Women in the Law Committee.  She learned how to find common ground with people and earn their respect, setting aside first impressions. She has worked with people of varying opinions in the Bar Association, heard other opinions, seen other perspectives and come to value interactions with people different from her.

In the one hour spent with Stephanie Klein, I began to grasp the significance of the Court of Common Pleas and its impact on the people of Delaware County.  I learned that the judicial system is for the people, something judges should take to heart when staring down from the bench. In that hour, I saw that Klein is a woman not afraid to change the conversation and to make a real difference in the lives of people.