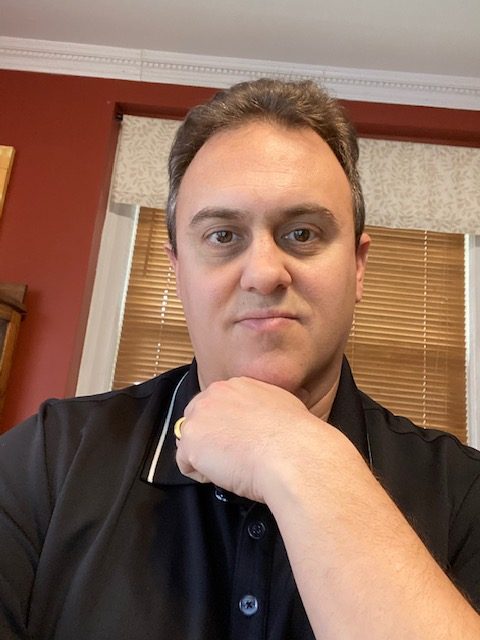 John Macera, a regular volunteer for the Haverford Democrats, worked hard to increase turnout among Democratic voters in the 2020 election. He spent several hours every week  writing letters and postcards encouraging people to register to vote in Pennsylvania, apply to vote by mail, and make a voting plan. Beyond Haverford, he volunteered with Vote Forward to write letters to voters in other swing states, like North Carolina, Texas, Florida, and Georgia, encouraging them to register, vote by mail, and make a voting plan. Since the November election, John has written more letters to Georgia voters with information about the Senate races and encouragement to vote in those races.

ln addition to writing letters, John also devoted many hours to dropping literature at voters’ houses in Havertown and Media, as well as knocking on Democrats’ doors in Upper Darby and Clifton Heights. Despite the occasional malfunctioning doorbell and the possibility of butchering someone’s name, John persisted in going door to door. When he learned of the need for volunteers to work at the polls, John signed up to do that work for the first time, too.

John believes that he has personally benefited from volunteering in two ways. He has met and learned so much about his neighbors that he did not know before. As well, volunteering has helped him develop a more calm, polite way of expressing his political views. Before he started to volunteer, John was active on Twitter and Facebook, posting controversial comments and getting in fights with people whose views differed from his. Though he had joined social media for non-political reasons, he ended up arguing about politics on those sites. John found his way out of this toxicity through volunteering, where he practices being polite to others and feels that he makes more of a difference in the world than he did arguing with random people online.

John was motivated to volunteer by his strong commitment to building a fair and just healthcare system, dealing with climate change and environmental pollution, and assuring equal justice for all people of races, genders, and sexual preferences. He began volunteering when Barack Obama was running for presidency, by writing letters about the importance of voting, but he did not go out to knock on doors. He volunteered in the same way during the Clinton campaign. After seeing what Donald Trump had begun to do to our country, John became very invested in volunteering in the 2017 County Council election because he was angry that Delco had an unjust private prison system but no public health department. He volunteered again in the 2018  midterm election.

As a working person who wants to spend as much time as possible with his family, John fits volunteering into his busy life by allocating about 20-30 minutes in the evening to writing letters. He credits his wife for watching the kids during the weekend hours when he was out doing literature drops or knocking on his neighbors’ doors. Despite political differences with his extended family, John makes sure to spend time with them and attempts to educate them about his views on politics.

After the November, 2020 election, John agreed to serve the Haverford Democratic Party by becoming a Committee person for Ward 2, Precinct 4, where there had not been a Committee representative. He believes that local government is the most integral to our daily lives and plans to send that message as a volunteer in the Spring, 2021 election. He hopes to encourage everyone to get out and knock on your neighbors door or write a few letters.