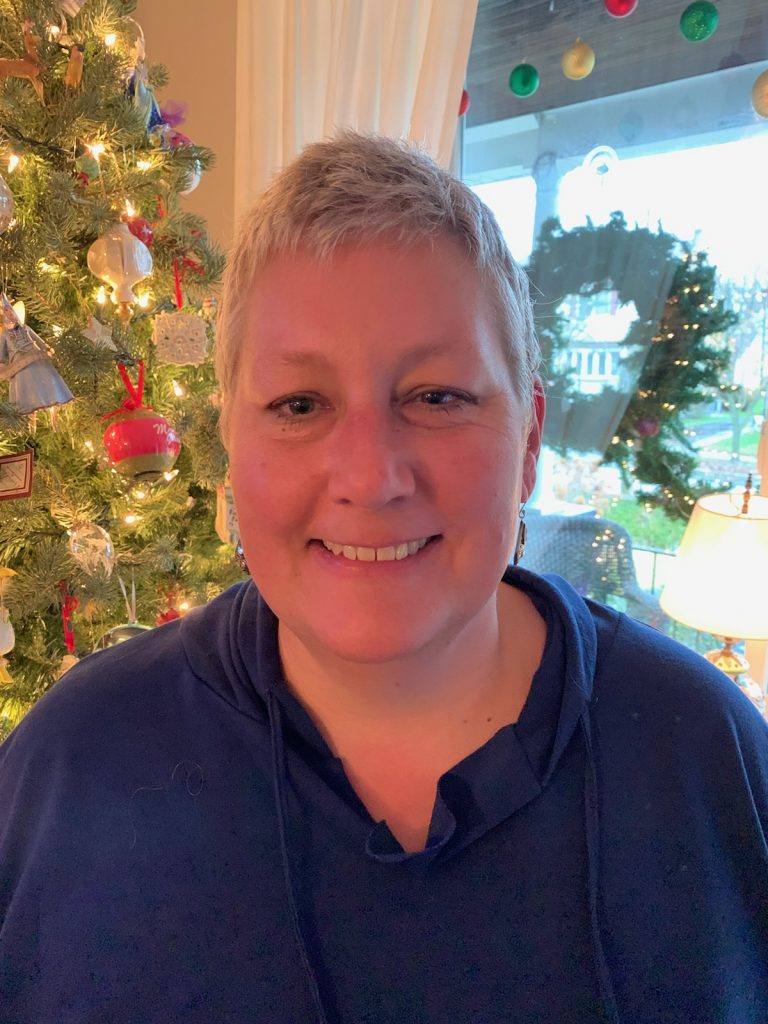 Meredith Tuohey is a social worker so she has seen up close the many ways that elections directly impact local communities. From health care to racial justice and everything in between, she knows that elections at every level give us an opportunity to “protect the community.” But the 2020 election was, for Meredith, about more than protecting her community; it was also about “protecting my children.”

On the day after the 2016 election, Meredith’s two teenage daughters were sobbing out of fear that a Trump administration would take them away from their same-sex parents. Remembering their fear, says Meredith, the 2020 election “brought out my Mama Bear.” She was unable to work due to COVID or attend, in person, her West Chester U. classes for her Master’s in Social Work. So Meredith figured “what better opportunity” to show her now-older daughters that, yes, you register to vote – “a requirement in my household” – but you do more than that; you fight for justice by being an active member of your community. With fewer demands from work, school, or kids, Meredith could give an impressive lesson in what fighting for justice looks like.

This Ward 3 Mama Bear achieved “super volunteer” status from the safety of home by devoting “hours and hours” to phoning and texting Haverford Township voters. “Meredith stepped up in a huge way with our phone banking effort,” reports Alex Brophy, one of the phonebank organizers. “She must have made well over a thousand calls, completing numerous precincts all by herself, not only for the 3rd Ward, but for other wards that needed additional phone bank volunteers.” Alex partnered with Jon Larsen in coordinating our ambitious phone bank, in which 50 volunteers contacted over 10,000 voters in the township.  The math tells us that Meredith alone made over ten percent of the phone bank’s contacts.

High-volume phone work meant that Meredith could get past the many unanswered calls, the hang-up-on-her calls, and the yell-at-her calls. She knew it wasn’t personal and, by continuing to tap on her phone, Meredith “built up memories of lots of good interactions.” That included calls with many Republicans. “We didn’t agree on issues,” explains Meredith, “but it was possible to have a civil conversation with local Republicans who are not just racist Trumpers.”

For Meredith, the Haverford Dems’ phone bank was a good fit because she could introduce herself as a neighbor and because the point of the call/text was to answer specific questions about the when, where, and how of 2020 voting. Most of those she contacted were grateful for the voter information and now associate the local Democratic Party with offering how-to-vote help, not just asking for a Democratic vote.

Those of us who doubt that election texting does any good can learn from Meredith’s experience.  She quickly realized that voters between the ages of 18 and 30 don’t respond to phone calls but are very responsive to text messages. Younger voters texted Meredith back to get voting information; some texted her more than once to ask questions about the basics of voting – even on Election Day.  Meredith was their personal link to the election, which made her feel “truly effective.”

In fact, on Election Day, when there was no more phoning to be done, Meredith provided rapid response to calls from Democratic poll watchers needing more campaign literature printed and delivered.

Meredith believes “I got more out of volunteering than I gave” in the 2020 election. She wants to encourage other working parents to volunteer but at the level she hit in this COVID-Trump crisis. When the spring primary comes around, volunteering “one hour a week is enough” to make a difference and to make a point for our children. For families, campaign activities like dropping literature on doorsteps or writing postcards are “time-limited, can involve the whole family, and can model good citizenship for our kids.”

Coming off her own 2020 experience, Meredith says that “from here on out, there won’t be an election in which I don’t volunteer with the Haverford Dems.” She feels “so grateful” to live in a township that has a Democratic organization to “tap in to.” She has spoken with Democrats outside of Haverford who “felt like there was no way to help except give money.” The Haverford Democrats offered Meredith a way to become a formidable Mama Bear. She took that opportunity and ran with it.

Her next move as a community member?  Meredith has applied to serve on the township’s Human Relations Commission.  Here’s hoping she is selected.