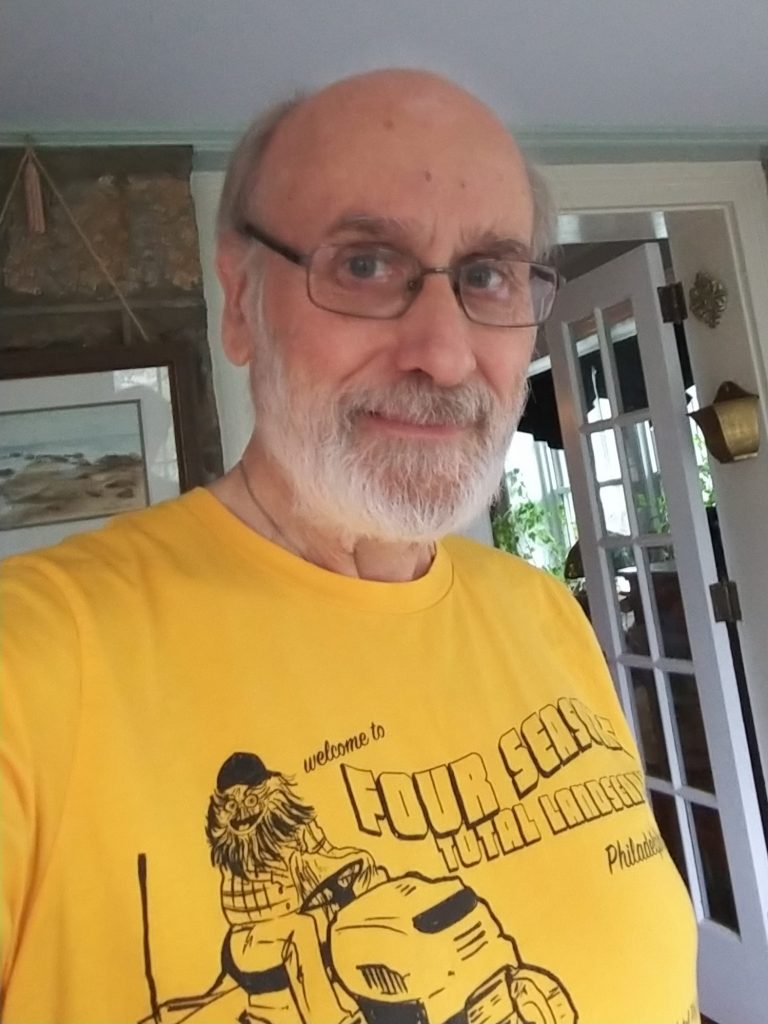 Phil Obley admits “I don’t enjoy calling strangers.”  Yet he spent many, many hours during the 2020 campaign talking on the phone with voters all over Pennsylvania. He did it because “I was highly motivated to get Pennsylvania voters to elect Joe Biden.” With his “whole array of reasons” to be concerned about the Trump presidency, including “the corruption, the dismantling of government, and the threat to democracy,” Phil volunteered with the Pennsylvania Democratic Party’s 2020 Victory Campaign. He “hadn’t planned to get involved in so many activities,” he says now, looking at his impressive list of campaign jobs, “but help was needed in so many areas.”

Recently retired from his career with a soft-ware company, Phil had more time to volunteer than  in previous elections, so he answered the PA Dems’ call to contact “infrequent voters” around the state, including in Philadelphia and Delaware County. Soon after, he expanded his volunteer portfolio to include recruiting other volunteers, working off a call list of Democrats who had indicated an interest in volunteering.

He must have been very good at “telling about volunteer jobs and explaining the satisfaction that comes with volunteering” because the PA Dems kept Phil on the volunteer recruitment line right up into late October. “I probably spent at much time on recruiting calls for potential volunteers,” he recalls, “as on calls persuading infrequent voters to vote for Joe Biden.”

In addition to recruiting and persuading, Phil also trained so he could answer voters’ questions about mail-in voting and in-person voting. That meant learning “lots of details” related to  proper completion of a mail-in ballot, “spoiling” a mail-in ballot, and requesting a provisional ballot at the polls if your mail-in ballot did not arrive by Nov. 3.

For several weeks in September and October, Phil toggled between recruiting calls, persuasion calls, and voter advice calls. Then, in the final two weeks before the election, he added in-person shifts outside both the Media Election Bureau and the “satellite bureau” in Upper Darby, using his training in election rules to assist those who had come to cast a mail-in ballot or inquire about a late mail-in ballot.

To top off his super-volunteer list, Phil did some actual door-to-door canvassing in Chester, talking to those planning to vote on Nov. 3 or leaving literature at the many unanswered doors. Finally, he served as a poll worker for his own Ward 6 on Election Day.

This high level of volunteerism was way beyond anything he’d done in the 2017 or 2018 elections.  During most of Phil’s 41 years in Haverford Township, he was a registered Independent who “leaned” Democrat. Shortly after the 2016 election, he attended his first Haverford Democratic Party meeting. After that, he regularly attended Ward 6 meetings and 6-1 precinct meetings. His volunteer experience began with dropping literature in Ward 6 for Democratic candidates running in the county elections. A year later, he stepped up to door-to-door canvassing for Mary Gay Scanlon and state legislative candidates, in addition to writing postcards to voters.

It was the crucible of the 2020 election that forged Phil’s super-volunteer efforts and his electoral education. Like Meredith Tuohey, Phil Obley found a phone-banking niche that suited him well and left him with a satisfying sense that his labors were making a difference. But his volunteer experiences also taught him that “there is a lot of outreach to be done in Pennsylvania.” His hours on the phone revealed to him just how many potential voters simply do not pay attention to electoral politics, see no connection between their daily lives and politics, and are fundamentally “suspicious” of politics and politicians.

It is his great hope that, going forward, the Pennsylvania Democrats will run a “continuous campaign” to educate voters about the link between government, politics, a daily life.  Like Meredith Tuohey, who saw that Haverford Democrats can reduce voters’ cynicism by providing a service rather than only trolling for votes, Phil thinks that the PA Dems can make significant gains by reaching out to voters “between campaigns..” He is hopeful that providing unbiased information on voting rules and straightforward information on what’s going on in government, more potential voters will tune into candidates and elections, from the top to the bottom of the ballot.

Phil would be on board to assist in that effort having now learned that the greatest personal benefit in volunteering comes with the “genuine satisfaction in knowing you contributed” and, in 2020, succeeded in replacing Donald Trump with Joe Biden.